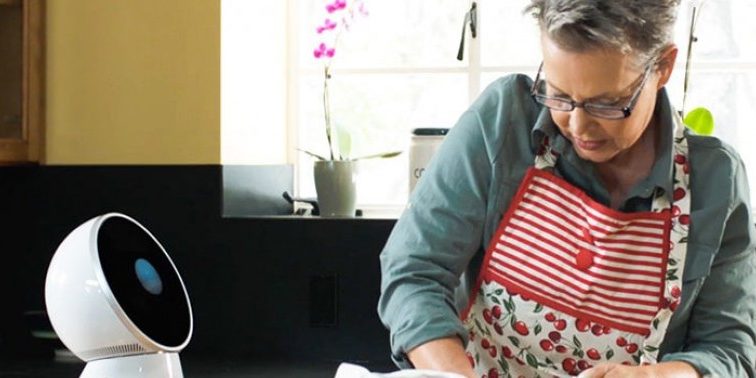 Since the first time I laid my eyes on C-3PO and R2-D2 the robotic assistant’s who aided the Jedis from Star Wars, I instantly wanted my very own robotic companion. A childhood dream you might say, but alas the day of where humans and robots living side by side has finally come true. Robotics has come a long way bringing people closer to living in the future then ever before that was only possible in Science fiction novels and films.

A year ago an MIT professor by the name of Cynthia Breazeal went on Indiegogo.com a crowd funding website to help raise $100,000 for her robotic assistant platform, Jibo. Soon after, the campaign raised over 2 million to bring her idea to reality. Jibo is an interactive stationary robotic assistant for families to adopt into their homes.

Jibo is an anthropomorphic robot that was developed for busy families. It has the characteristics of a human, engaging any one who interacts with it. What’s really amazing about Jibo, other then its bubbly warm appearance is its ability to memories yours and your families preferences. Unlike smart phones, Jibo isn’t only a screen you touch to control, but can tell it different commands for example, taking a group picture; Jibo will take the picture once it sees you are ready, thanks to its facial tracking software. Another great function is its ability to tell stories, interactively; Jibo’s screen plays animations and moves to keep the child’s attention. Jibo also doubles as a tele-presence, great for keeping families together, even when their not.

Jibo is a powerful personal robotic assistant that is an open platform, allowing the developer community to truly innovate Jibo’s functionality. Imagine coming to a home that is already turned on for you the moment you enter the home, with your your favorite channel or movie on, or even sending out daily reminders to your grandparents to take their medication; the possibilities are endless. You can find Jibo for sale on their website to reserve yourself an order.

The future of robotics is coming closer to the present, giving people robotic companions that can aid them in all different facets of life. Robotics will help restructure various institutions of society such as the work force, school, and even the home in order to create a better world for us all to live in. The best is yet to come and we at SolveLight are looking forward to seeing and reporting it to our readers.