The Future Is Here And Its Name Is Tesla Motors 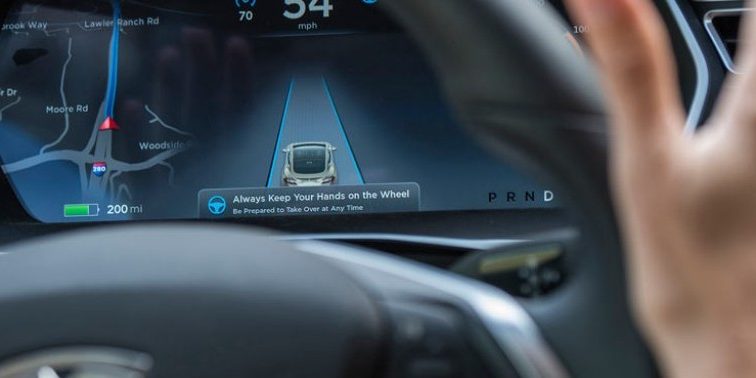 The future is here and its name is Tesla Motors. Recently the car manufacturer had released an update to their Model S, allowing the car to have an autopilot function; Tesla’s autopilot video shows drivers driving with no hands on the wheel or foot on the pedal. Tesla Motors has always been on the cutting edge side of technology for example several months ago they released a video of their futuristic mechanized charging station.

The Tesla autopilot release is the first line of autonomous automobile feature that is truly intuitive, although it’s a great feature it isn’t perfect, yet. A Tesla autopilot video has been released for viewers to see the capabilities of the Tesla Model S. The Autopilot update itself costs $500 dollars for preexisting Tesla’s and utilizes a combination of the cars built in cameras, radars, ultrasonic sensors, and data to steer the car, change lanes, and adjust speeds. Another great feature the update offers is the cars ability to scan the surrounding area for parking; with your permission it will initiate the Tesla autopilot parking function, isn’t the future wonderful.

Tesla does state in its press release that even though the car is capable of auto piloting, drivers are still inclined to keep their hands on the wheel at all time. The technology hasn’t been perfected quiet yet, but rest a sure Tesla Motors is working on it. There have been several videos that had surfaced on the Internet, showing how the Tesla autopilot had failed due to minor calculation errors, but rest assured Tesla Motors is working on them

The future of the automobile industry is looking great, innovations such as the Tesla Model S autopilot is the first of many new features yet to come. With the coming years there will be a rapid shift from traditional car’s to autonomous cars, which is great for Tesla since you can say their ahead of the curve. SolveLight Robotics wants all their readers to share their opinion about the new Tesla update, let us know what you think will happen next. Thanks for reading, we hope youn enjoyed!