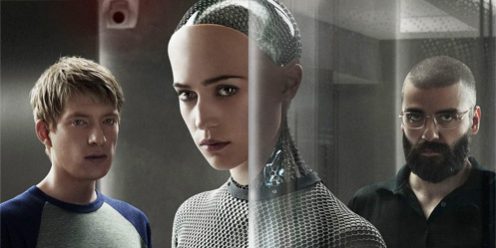 In 1950, Alan Turing published his paper on “Computing Machinery and Intelligence”; the Turing test faced a lot of criticism and is still debated to today whether or not it has been passed; due to strict guidelines in place that favor the machine to win; judges are not informed which speaker is a person and which is a machine, more than 30% of the judges needs to believe that the machine is a person and have a time limit of 5 minutes to speak with each candidate.

The first winner of the Turing test is a chatbot, which simulated a 13 year old Ukrainian boy named Eugene Goostman from Odessa.  Eugene was asked a slew of questions and answers them as best as he can by searching for specific key words. During an interview with Eugene a columnist who goes by the name of Deb Amlen asked a simple question, which was “Hi Eugene. What is your favorite breed of dog?” Eugene replied with “no, I hate dogs barking.” It’s easy to see how one of the judges could be fooled by Eugene only because the chatbot was introduced as a Ukrainian boy, so the chatbot has unfair advantage of having the assumption that the boy’s speech is limited.

Although Eugene has met a lot of skepticism due to him not being able to reply to some questions, he is able to answer your questions to his best ability. The more we delve into Artificial Intelligence, the better our results will be until we truly create an inorganic being capable of thinking like a human, but only faster and more precise. Humanities goal is to create a self aware Aertificial Intelligence in which it can help assist humanity in our ventures we call life; same as any technology out today, it’s a tool to help ease our daily lives and a marker of how far we have come.

There is no doubt that Artificial Intelligence I will advance to the point where it can comprehend not only what task it’s doing, but why it is doing that task. Self aware machines will help humanity in its course of traveling the universe and exploring new worlds. But, a code of rules must be created in order for these self aware machines to follow so that they do not end up hurting any humans or humanity itself; just like in the film “EX MACHINA” (2015).