BRETT The Robot With The Capability Of “Deep Learning” 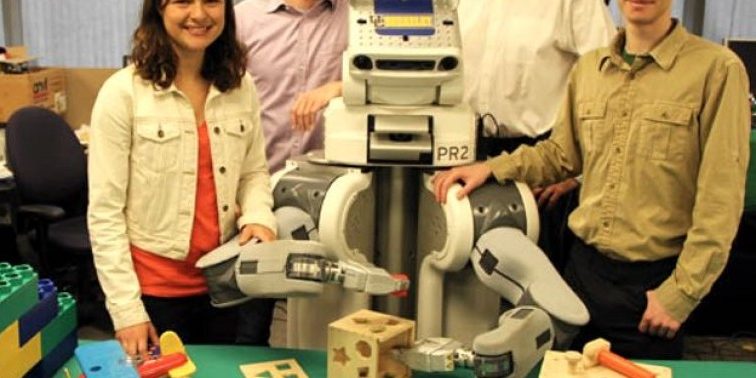 As time goes on, advancement in the field of robotic Artificial IntelligenceI continues to expand and grow. Scientists have continued to strive for an Artificial Intelligence that rivals our own (humans). Researchers are coming close to an algorithm that might just give robots the understanding to work on their own.

Berkeley robotics has come up with BRETT the robot with the capability of “deep learning”, initially replicating the same process that goes on in a human brain when decoding sensory data in order to come up with a solution is now programmed in BRETT utilizing advanced algorithms. This program will help robots not only learn, but come up with solutions, without having outside help from humans; automation is becoming more efficient and will help perpetuate daily lives of humans from all different facets of society.

BRETT is shown doing a multitude of tasks such as assembling Lego blocks, putting wheels on a plane, even screwing on caps; without outside help. The process of identifying patterns from sensory data and converting it into layers of artificial neurons is essentially similar to how human brains work with encoding and decoding data in order to interact with the world.

The future of AI looks prominent and will help further human beings capability in exploring and documenting everything in this universe and beyond. Robots are a tool for human beings to grow as a species and should be utilized for the good of mankind, but at the same time mankind should always look for what means they utilize in order to achieve their ends.