3D Printer That Can Print With 40+ Materials, The Axiom 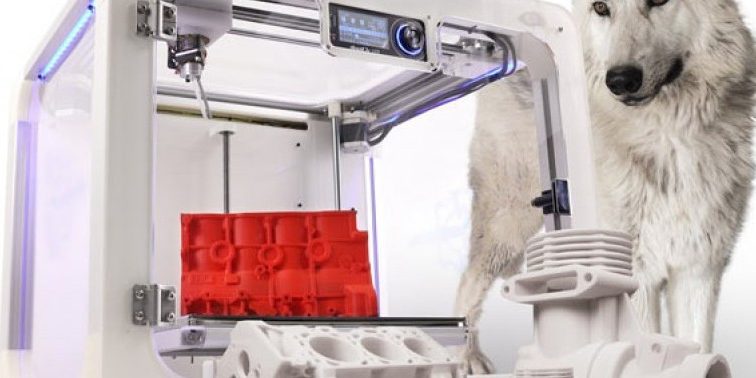 SolveLight Robotics presents to you Airwolf 3D Axiom Desktop 3D Printer a highly intuitive, well built, and feature rich 3D printer that can print in over 40 different materials including nylon and polycarbonate, but what’s really impressive is its extruder capable of reaching high temperatures of 315 Celsius (599 Fahrenheit); did we mention the Axiom can print with a resolution of 40 microns! If you thought that was impressive, how about Axiom’s 250mm/s print speed and 400mm/s travel speed. Airwolf 3D Axiom is built with a polycarbonate and aluminum frame for ruggedness, not to mention come with an enclosed build chamber, which contains the heat, reducing warpage you normally get from temperature differentials. Another great feature Axiom offers is its auto leveling option and cloud based slicing, allowing users to get started quick and easy.  Airwolf 3D incorporated an end-user removable cassette (ESC) for future upgrades and rapid replacement of components, giving Axiom owners the ability to keep their 3D printer up and running. Axiom comes with a heated precision ceramic build plate that reaches a temperature of 140 Celsius (284 Fahrenheit), which utilizes Wolfbite an adhesive capable of withstanding high temperatures you coat over the build plate instead of the usual painters tape. Another great feature the Axiom offers is its large build volume of 12.5x 8×10 inches.

Airwolf 3D Axiom Desktop 3D printer comes with its industry leading 12-month warranty and 6-month technical support waiting on standby at a moments notice. Users have an option to order extended service plans of up to 3 years. If that isn’t enough Airwolf 3D has been supplying major companies and universities such as NASA, Apple, MIT, Boeing, and many more. The Axiom offers its users choice, which is something quite rare. This 3D printer gives professionals a ready to use tool that can make useable parts because of its material diversity and beginners an easy and intuitive 3D printer platform that doesn’t discourage new comers.

Axiom is a well-built quality machine that offers users filament variety, which can truly help makers, inventors, and engineers bring their ideas to life. That alone is what differentiates Airwolf 3D from its competition. We hope you enjoyed our Airwolf 3D Axiom review, let us know your experience with Airwolf 3D Axiom and how it made a difference in your life!