The Future Of Warfare 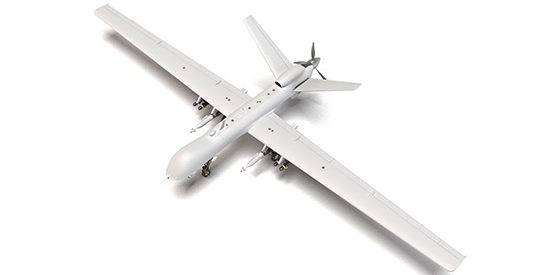 The first time an electronic drone was introduced to the military they were used for target practice considering they were “dumb”; lacking in artificial intelligence. Fast forward to today, the modern day drone aids the military in many tactile situations whether it’s surveying enemy land, eliminating threats to the U.S.A., or aiding our troops on the ground, air, and sea. Soldiers can count on drone technologies to help reduce causalities in enemy territory that are crowded with civilian personal. Another benefit for using military drones, they can be utilized in stealth operations, giving our troops the upper hand.

Modern day warfare is fought utilizing the latest in drone technologies in all aspects of military such as air, land, and sea. Military unmanned air systems (UAS) are not only stealthy but great for scouting, giving troops an eye in the sky over the hot zone, traveling long distances, and arming with the latest weapons. Unmanned ground vehicles (UGV) are great for military personal because they can be armed and piloted remotely, which comes in handy when needing to defuse or detonate an IED (improvised explosive device); even utilized to carry extra supplies taking a large load of our soldiers back, which can carry upward of 100lbs on his back alone. Unmanned underwater systems (UUS) help scout our seas for any enemy activity and go to great depths and hostile situations that can injure or even kill soldiers.

The use of drones does come with an upside. By using drone’s in stealth warfare the United States has become safer because of the abolition of terrorist groups. Drones are equipped with sensory technology which aid in the containment of battle, minimizing civilian causalities. The other upside for using drones in battle is that it’s economically feasible because it’s cheaper than entering battle with a ground or manned aerial troop. If in a situation where a malicious organization or group attacks the United States under international law drone strikes are permissible and under Article II of the US constitution permits the use of force on any immediate threat. With the use of drones in battle large amounts of troops are unnecessary because of the cost of occupying a country is so large compared to sending a drone to abolish these small decentralized terrorist organizations at a fraction of the price saving countless troops lives. There is a strict criteria that has to be met in order for a drone strike approval to be given and is reviewed before the mission is carried out. The United States collaborates with multiple countries to carry out drone operations making those countries safer for their people to live in. America has to prevail in being number one in drone technologies because falling behind would mean other countries can find a mean to send drones over here creating a new arms race. Unlike traditional pilots, drone pilots have a less likely chance of suffering post traumatic stress disorder (PTSD) because drone warfare is conducted over a screen rather than in real life battle field. Another factor, the majority of Americans supports the use of drone strikes.

The Department of Defense plans on developing affordable, adaptive, interoperable, connected, and technologically advanced unmanned capabilities that will succeed in the full spectrum of what the future may hold and monitor all domains, including cyberspace. Drones working in conjunction with troops, creating an effective strategic team in all joint coalition operations; which is crucial for a mission’s success, missions such as intelligence, surveillance, reconnaissance, counter terrorism, counter weapons of mass destruction. Also to be able to patrol, monitor, allow or deny access to individuals.

Long term plans of keeping drone technologies out of the wrong hands include the use of higher data rate cryptography, and open standards will enhance UAS encryptions. Advancements in encrypting hardware will have single chips and coprocessors to routinely encrypt faster and is best used for smaller groups. Also encrypting interfaces will allow better remote UAS management and lower lifecycle costs. The main objective the Pentagon has in the span of twenty-five years is to take unmanned systems and create a self sufficient and fully autonomous machine completely unreliant of a human counterpart; machines that need no human intervention and observe, breakdown, plan, react, and make decisions. With emerging technologies such as quantum computing, robotics, genetics, big data, alternative energy, computer models and simulation, and nanoparticles the future of all warfare will be unlike any other war we have ever seen.

Now that military drones are accessed by not only, America, but other countries as well, drone technologies are a necessary facet of the military. There is without a doubt that an arms race has started with military unmanned systems one that America cannot afford to lose. Drones are also the salvation to help reduce the number of troop sent on missions and give them a tactile edge on the enemy minimizing any and all causalities. Also are economically feasible because they are cheaper and more cost effective than other traditional methods.