Sport Of The Future: Drone Racing 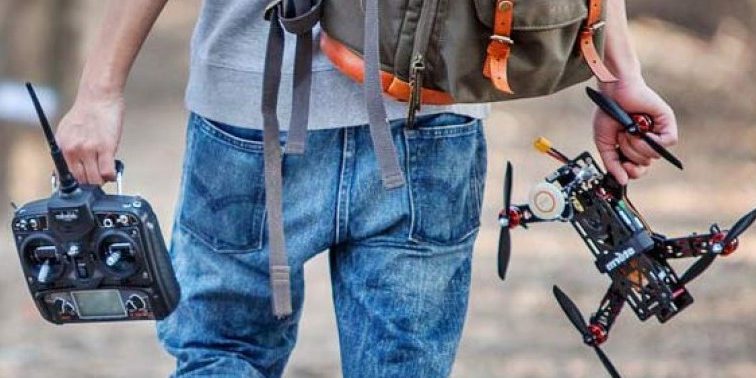 Here at SolveLight Robotics we find ourselves discussing a lot about the next big trend in technology. Recently, our focus of discussion has been shifted towards drone racing and how it’s the next big thing in competitive sports. Given the rise of interest and popularity in drones, many people have taken to the hobby of drones; it’s said that by the end of 2016 an additional 1 million consumer drones will be sold.

Quadcopter racing has been exploding onto the scene ever since the hobby became mainstream. The sport has gathered so much interest that communities such as the Drone Racing League have been surfacing all over the internet. FPV(First Person View) drone racing will bring a new era of sports fused with technology and if you don’t believe that the owner of the Miami Dolphins, Stephen Ross and Lerer Hippeau venture capital firm are just one of the main investors of turning this sport into a reality. Racing aerial robotics will one day receive its own season and will be compared to races such as Formula 1 and NASCAR.

With the release of virtual reality and e-streaming, drone racing will be bring future enthusiasts closer to the sport then ever before, with an experience never seen before. With the sport exploding onto the scenes a new era of athletes emerge. This sport will bring a terrific opportunity for kids to look up to a new era of hero’s in the hopes of themselves becoming drone racers.

What’s interesting about drone technology is that we have noticed that it has been slowly making its way towards transportation, take for example the latest to come out of CES 2016, the EHang 184 Autonomous Aerial Vehicle (AAV). With the popularity of drone racing and autonomous multirotor aerial vehicles coming onto the scene, one can speculate a new racing sport will come about altogether.  But for now we leave that to wishful thinking.

For now the future of drones not only look promising, but lucrative as well! We hope we have inspired you today to pick up a drone and start flying so that maybe one day you’ll look back to us as the inspiration that inspired you to race drones. Here at SolveLight Robotics we hope you have enjoyed our weekly blog and want our readers to comment their opinions, experiences, and thoughts on the matter. For more updates on the latest technology, products, and news keep reading our blog or join our Facebook page to stay up to date. Thank you for reading!