Robotics In The Medical Field 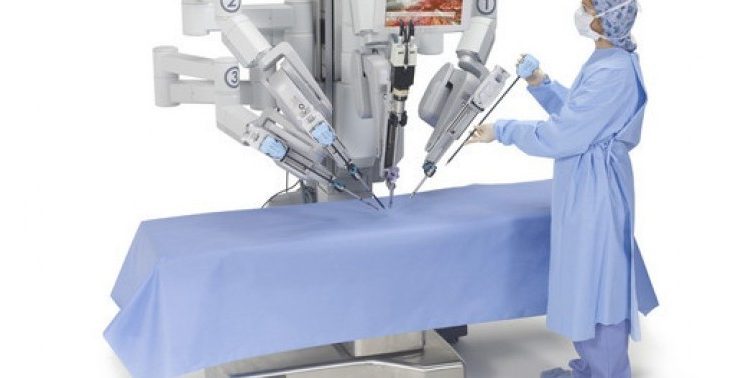 When it comes to surgery, many people are skeptical and end up delaying or avoiding it all together, usually due to the worry of being bed ridden and a lengthy rehabilitation process afterwards. The worst part about delaying or avoiding surgery is that if the problem is neglected long enough it will create further health complications or even result in death! The medical field has evolved, integrating doctors and technologies together to exceed performance and minimize mistakes. The integration of robots in the medical field is evolving current methodologies, utilized by professionals in their field today.

Professional technologies and robotics such as the da Vinci surgical robot made by Intuitive Surgical is a perfect synergy of robotics and surgeons working side by side to help patients all around the world; over 1.5 million patients have had a minimally invasive surgery done via da Vinci since 2000. With robot aided surgeries gaining popularity, patients are no longer limited by the selection of surgeons in their local area. A patient can log in on their computer and type in www.davincisurgery.com to access the site and click on the type of surgery that the da Vinci robot can perform and learn more about the operation, then click the locator box to find the nearest operational da Vinci surgeon near them.

Da Vinci utilizes the latest robotic manipulators to give steady and precise movements. The da Vinci is equipped with 3D high definition vision system to give the operator a better view of the operation, rather than the traditional 2D model. Another great amenity of da Vinci is its tremor reduction programming; patients have less probability of the surgeon’s scalpel slipping and slicing any surrounding tissues and organs. The surgery robot is equipped with tiny wristed instruments that rotate and bend beyond any human’s capability giving the surgeon full range of motion to better aid him or her in surgery. Some of the benefits of going into surgery utilizing da Vinci rather than traditional methods is shorter hospital stay, less blood loss, fewer complications, faster recovery time, smaller incisions creating minimal scarring, and less chance of needing narcotic pain medicine. Da Vinci surgery robot is implemented all over the world used by major countries such as United States, Austria, Belgium, Canada, Denmark, France, Germany, Italy, India, Japan, the Netherlands, Romania, Saudi Arabia, Singapore, Sweden, Switzerland, United Kingdom, Australia, and Turkey; robotic assisted surgeries are covered by several insurances making it even more accessible to the public.

Robotics in the medical field will help aid humanity in achieving longevity and health. Investing in professional technologies such as da Vinci surgery robot will help innovate new lines of tools for surgeons and doctors alike to better help their patients. Soon patients will have less stress going to the doctors and more years to spend time with their families and loved ones. SolveLight Robotics wants to hear your thoughts on the da Vinci surgery robot on our blog.