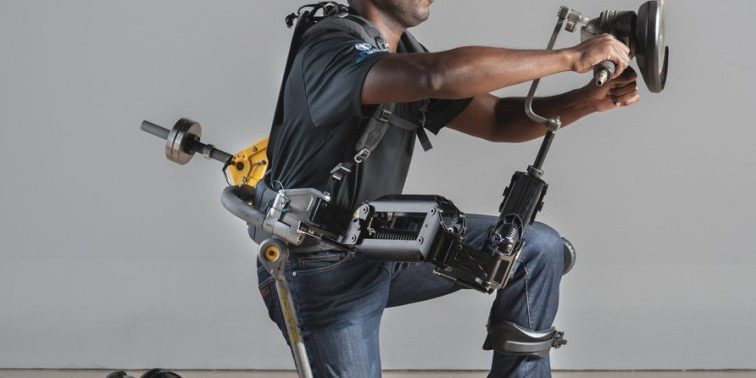 Since the first exoskeleton suit was developed in 1890 by Nicholas Yagn , a myriad of technological advancements have been made in robotics to better suit today’s exoskeleton user. Today there are already several exoskeleton companies that tailor to individual application such as medical, industrial, and military use. Each company’s exoskeleton has a unique application, but the end game is the same, helping others rely on machinery to increase their own abilities.

Exoskeletons also recognized as an exoframe, exosuit, or powered armor is composed of a hard metal frame usually comprised of titanium and fitted with carbon fiber plates, then hooked up to hydraulics or motors that assist the user with their movements. The user, once strapped within the exoskeleton is assisted by the suit through its use of motors or hydraulics and assists the wearer with their strenuous task. Exoskeleton suits are designed in a manner that allows the user to use their full motion without over extending their arms and legs that may result in injury such as tearing of ligaments or displacement of joints. Generally an exoskeleton will need to be programmed to track limb positions and limit movement so that the wearer does not injure themselves through spontaneous assisted motion, such as sneezing, coughing, when surprised, or a sudden seizure or muscle spasm.

Even though hydraulics used in exoskeletons are precise they are quite heavy due to the fluid filled hoses and have the possibility to break and leak. Pneumatics also encounter a range of problems, they’re not precise due to the gas inside being springy when compressed and the length will vary with the gas compression and the reactive forces pushing against the actuator. The use of an internal combustion engine power supplies offer high energy output, but they are known to idle or continue to operate when not actively in use which consumes fuel, similar to how a car would waste gas when parked and still running. Small and lightweight engines operate at high speed to obtain sufficient energy from a small engine cylinder volume, which can be very difficult to silence and inhibit vibration into the whole system, not to mention the excess heat produced from internal combustion systems would need an additional cooling system or heat shielding, thus adding on additional weight to the overall system. Another possible method would be through the use of electrochemical fuel cells such as solid oxide fuel cells (SOFC) since they can produce energy instantly similar to batteries and can conserve fuel when not needed, not to mention easy refueling with liquid fuels such as methanol, but need high temperatures to function; 600 degrees Celsius is considered the lowest operating temperature for SOFCs.

In the medical field exoskeletons can be used to assist nurses to lift and carry sick patients who have little or none mobility. Another medical application for exoskeletons would be for rehabilitation of stroke or spinal cord injury. Giving mobility to patients via exoskeleton can reduce the amount of staff necessary to attend to one patient; giving more time for staff to attend to other patients in need of medical attention so they can get back on the road to recovery much faster.

The industrial sector is investing in exoskeleton technologies for workers to be assisted to ease strain from the work load, for example, workers who constantly squat repeatedly through their day or even assist by lightening a heavy load for a worker while they’re traveling short or great distances. Exoskeletons can assist in heavy machinery use such as heavy grinders, riveters, and sandblasters, providing workers greater endurance and strength by absorbing the weight of tolls used in the hard tasks of repairing and cleaning huge crafts over prolonged periods of time.

One of the main objectives for exoskeleton applications was to empower a soldier to be able to bear heavy objects (176-1452lb) while climbing stairs or running. Soldiers with increased strength can lift and operate heavier weapons. Military exoskeletons run on an internal combustion engine, batteries or even fuel cells and utilize hydraulic systems and are governed by an on-board computer.
Although the cost of an exoskeleton is currently the same as a car, if not more, advances in technology will surely bring the cost down, thus creating a more consumer friendly price. Once exoskeleton suits become main stream to the public, there will soon find much more uses for exoskeleton suits. As for now the people that need to use these suits, whether it be for military, industrial, or medical purposes, can rest assured, that, such devices exist for them to overcome the task’s they have at hand.