How To Be Present In Several Places Simultaneously 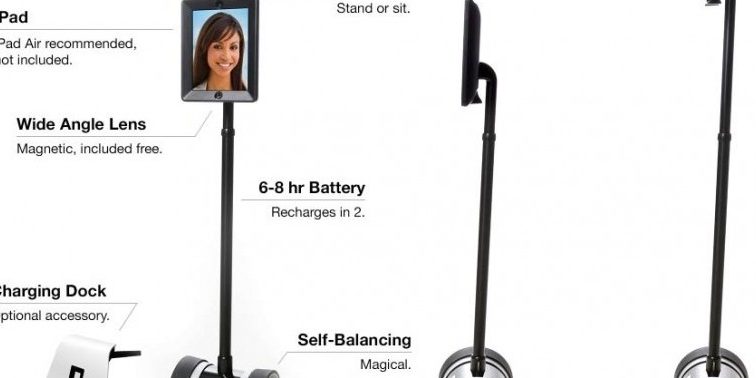 Telepresence refers to a set of technologies which allow a person to feel as if they were present, to give the appearance of being present, or to have an effect, via telerobotics, at a place other than their true location. Telepresence requires that the users’ senses be provided with such stimuli as to give the feeling of being in that other location. Additionally, users may be given the ability to affect the remote location. In this case, the user’s position, movements, actions, voice, etc. may be sensed, transmitted and duplicated in the remote location to bring about this effect. Therefore information may be traveling in both directions between the user and the remote location. A popular application is found in telepresence videoconferencing, the highest possible level of videotelephony. Telepresence via video deploys greater technical sophistication and improved fidelity of both sight and sound than in traditional videoconferencing. Technical advancements in mobile collaboration have also extended the capabilities of videoconferencing beyond the boardroom for use with hand-held mobile devices, enabling collaboration independent of location.

An industry expert described some benefits of telepresence: “There were four drivers for our decision to do more business over video and telepresence. We wanted to reduce our travel spend, reduce our carbon footprint and environmental impact, improve our employees work/life balance, and improve employee productivity. Rather than traveling great distances in order to have a face-face meeting, it is now commonplace to instead use a telepresence system, which uses a multiple codec video system (which is what the word “telepresence” most currently represents). Each member/party of the meeting uses a telepresence room to “dial in” and can see/talk to every other member on screen/screens as if they were in the same room. This brings enormous time and cost benefits. It is also superior to phone conferencing (except in cost), as the visual aspect greatly enhances communications, allowing for perceptions of facial expressions and other body language.

Double Robotics Telepresence and Guide Robot is a mobile telepresence robot that is wifi accessible. Doubles platforms can be driven from an iPad, iPhone, iPod touch, or desktop Chrome web browser. Double has video encryption and secures your protection by using WebRTC 128-bit encrypted video standard via OpenTok. Doubles run time is between 6-8 hours and runs on an internal rechargeable lithium ion battery. Double recharges to full capacity in about 2 hours with the provided AC to DC wall adapter. Double weighs 15 lbs (7kg), including the weight of the iPad. Double can be as tall as 60” and as short as 47” with the Ipad (approximately 120cm to 150cm). The Double does not come with an Ipad; Support the follow ipads: iPad 2, iPad (3rd generation), iPad (4th generation), iPad Air, and iPad Air 2 are supported. First generation iPads are not supported due to their lack of camera.

*For a professional, cutting edge, and useful telerobot to do meetings and business all for the affordable price of $2,499 Double Robotics telepresence and guide will assist you in your endeavors and help keep people connected. Contact Solvelight (1(877)-407-5969) for any questions and orders. or simply visit the link and place your order HERE.