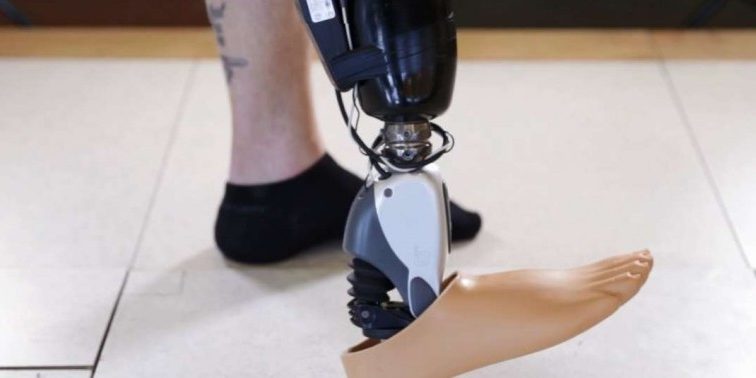 For too long people have been searching for a means of restoring mobility in amputees. That’s just what this Icelandic prosthesis company “Ossur” is doing, by taking their previous model the Proprio, which essentially worked like a robot by means of algorithms and sensors, now are run by the brain’s electrical signals generated by thinking of the action that runs to the base of the leg and triggering sensors (IMES) that are implanted in the patients muscles, then relaying the signal wirelessly to the leg; due to the wireless signal being so fast the ankle will not move unless the muscles are contracted, giving the wearer the ability of no lag between action and intention. This is big news to many people looking for to better then quality of life.

The benefit of this technology, other then the fact people’s mobility is restored fluidly rather then the prosthesis running on autopilot is that users weight is distributed evenly, preventing possible serious injury to their joints and back; small changes in balance were a huge concern over the years of use of prosthetics.

With Ossur’s two “first-in-man” users, the durability of the device have with stood a 14 month trial in everyday use in England and Iceland and the subjects have only used Ossur’s prosthesis as their only prosthesis.

Ossur technology does not have a price point, but say they will be releasing!