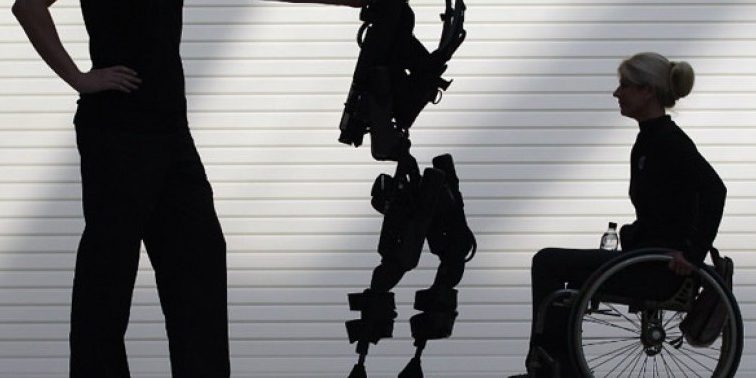 SuitX Phoenix: Affordable, Lightweight, and Modular Exoskeleton. Many of our basic needs and necessities are met because we are capable of getting up and acquiring them, but what about the people who aren’t so lucky. Millions of paraplegics in the United States of America suffer from a lack of mobility and depend on wheelchairs, crutches, and other people to get around.

Here at SolveLight Robotics, we believe that technology will help alleviate problems such as these. A company named SuitX(Also known as US Bionocs) has recently come up with an affordable, lightweight, and modular exoskeleton, Phoenix.

The reason why Phoenix is a great consumer friendly product is because it is adjustable, allowing for kids that are still growing to adjust their exoskeleton to their body rather than buying a new one, which can get rather expensive since the average exoskeleton can run up to $100k. With the price being set in as low as $40k, Phoenix is cheaper than any of its competitors in the exoskeleton market. This price point allows people in desperate need of help to once again regain mobility.

Exoskeleton suits give wearers assistance so that they can walk and slowly rehabilitate their muscles from the damage done by being immobile for long periods of time. This technology can also assist people with neurological damage that was caused by a stroke and other debilitating diseases.

Phoenix has already been approved in Europe with several successful test trials. It’s only a matter of time before Phoenix is approved in the United States, but until then many people will have to get by before the exoskeleton suit is brought to the US. SolveLight Robotics wants to hear your thoughts, opinions, and comments on our Facebook page and Blog.