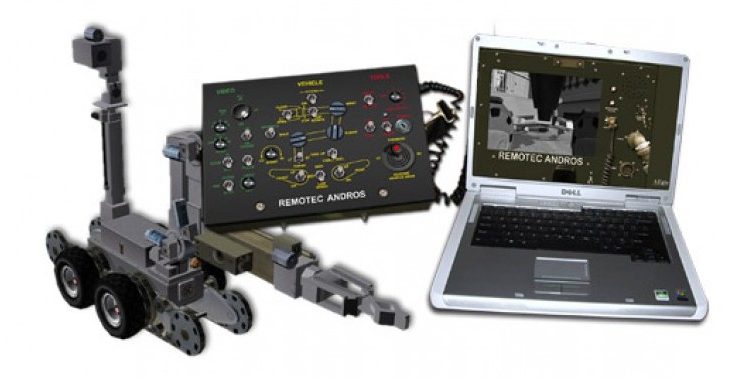 Last week in an effort to stop a deadly confrontation from escalating, the LA police department utilized a robot in order to disarm an armed gunmen cooped up in a barricade. You read that right people. A robot was utilized to snatch a suspect’s rifle away from him so that police can enter safely and arrest the violator. The standoff had dragged into its seventh hour by the time the Sheriff’s Department had decided that they’d send in their $300k Andros bomb disposal robot.

Police had devised a plan to distract the man, while simultaneously guiding the robot to move in from behind to snatch his rifle away. The LA police shouted at the suspect from the front in order to divert attention away from the robot; giving the robot a perfect opportunity to use its claw to pick up the gun from the floor and safely drive away.

This isn’t the first time the police utilized a robot in a similar situation. Several months ago in Dallas a disgruntled citizen opened fire at police, resulting in the death of five officers. The Dallas police responded with sending in a robot with an explosive strapped to its gripper to neutralize the threat. Although this was an extreme use of force the job was done and it was done well. 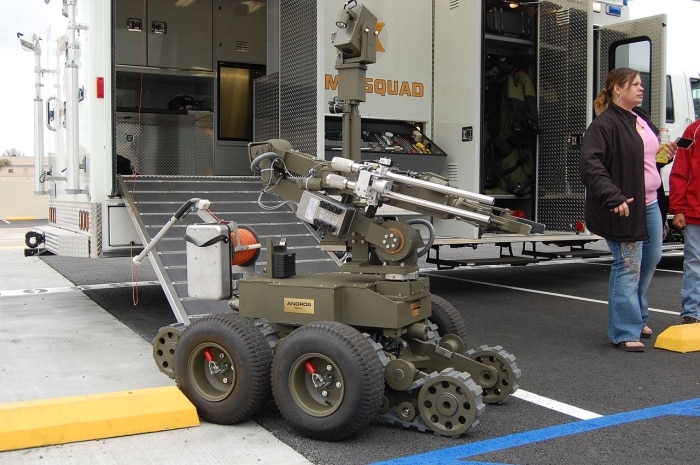 In many cases where robots assisted the police, they were used as a means of communication between the police and the suspect. Many times the police were able to effectively eliminate any potential hazards or the need for ending the conflict violently. A prime example of this was in 2015 when a man armed with a knife standing over the San Diego highway overpass was standing face-to-face with a robot being controlled by a police negotiator, the negotiated spoke with the man over a two way microphone for the suspect to walk away from the ledge, the negotiator used the robot to give the man pizza, ultimately the man surrendered and walked away from the ledge.

The future of police negotiations and altercations are increasingly being turned to robotics because of its given success rate. This reoccurring trend will have a huge impact on our societal infrastructure, resulting in less violent altercations and bringing violators to justice without the need for violence.