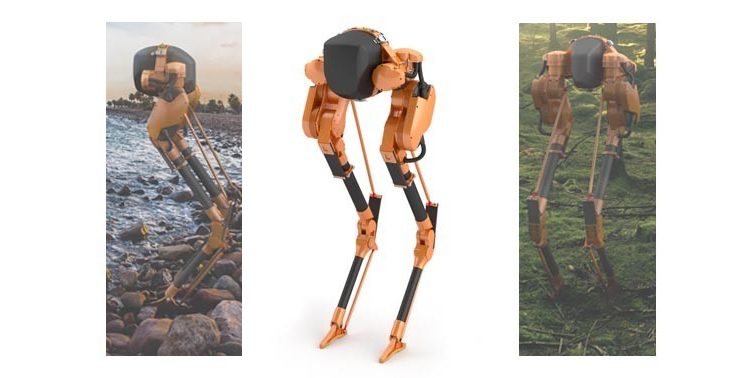 The company Agility Robotics is an offshoot of Oregon State University and they have recently announced their impressive new biped robot Cassie. Cassie was built to be a dynamic and robust mobile platform. The team had sought out to create a dynamic and versatile new walking robot that is as agile as human gait, which resulted in an ostrich looking robot.

The team had no intention of mimicking an ostriches’ design, but naturally wanted the most efficient and effective design for their robot ergo, Cassie’s ostrich like design. Cassie is capable of traversing through a myriad of complex terrains that will aid humans in a multitude of ways never done before.

In addition to search and rescue, Cassie’s main purpose is delivery. The company intends to have the robot be part of a logistics revolution, that’s right they want a robot going door to door to deliver you your packages.

Agility Robotics maybe the new kid on the block, but the players that make up the team are definitely not. Some of the folks who make up the team are the same people who brought you the ATRIAS robot, including the MARLO robot from the University of Michigan, located in Ann Arbor. The ATRIAS project provided a lot of hindsight for Cassie, which is why it is the future platform for the next generation of robots to come, Jonathon Hurst, professor of Oregon State University and cofounder of Agility Robotics says:

“We learned a few key things with ATRIAS: First, the legs on ATRIAS are configured as a 4-bar linkage, in part to create minimum inertia for the spring-mass model embodiment. However, the configuration results in one motor acting as a brake on the other, with a lot of power cycling internally between motors rather than doing work on the world. After some analysis, we developed the specific leg configuration of Cassie. This allows the motors to be smaller, and the robot to be far more efficient than even ATRIAS was.”

Cassie has several key features that allows it to conquer different types of terrain, just like humans, the robot has 3 degrees of freedom from the hip, allowing the robot to execute forward, back, and side to side movements, while being able to rotate them simultaneously, broadening the range of motion Cassie is capable of navigating. Coupled with powerful ankle motors and batteries, Cassie can be stocked with large and sophisticated computers for integrated perception and balance.

Jonathon Hurst believes this sophisticated robot has the potential to transform the legged locomotion market in segments such as delivery, exoskeletons, search and rescue, and powered limb prosthetics, truly a huge victory for the future indeed. Cassie is already having additional applications being made such as VR style telepresence for a truly immersive user experience. The robot is expected to have a price point of 100k, but still need a lot of work before is released to the consumer market.