The Genibo SD Companion Robot Dog is a Bulterrier type robotic dog. Genibo has been designed and produced in South Korea where it has been extremely popular. This Robot dog has a mischievous and charming personality. Genibo does not like to have its sides touched. It also loses energy and falls asleep when its owner does not pay attention to it for at least five minutes. It may cause trouble here and there, if vigilance is not kept. Families across the globe loves Genibo and it really feels like it is a real pet. Like a real dog, it can recognize your family and show you it\’s emotions. 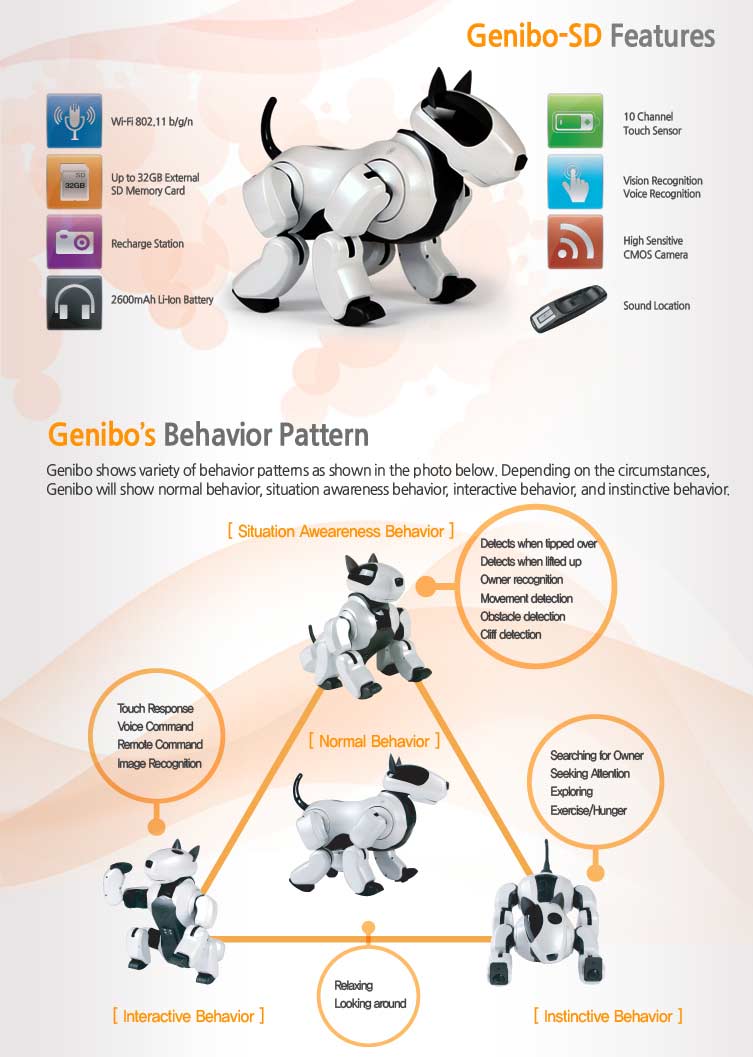 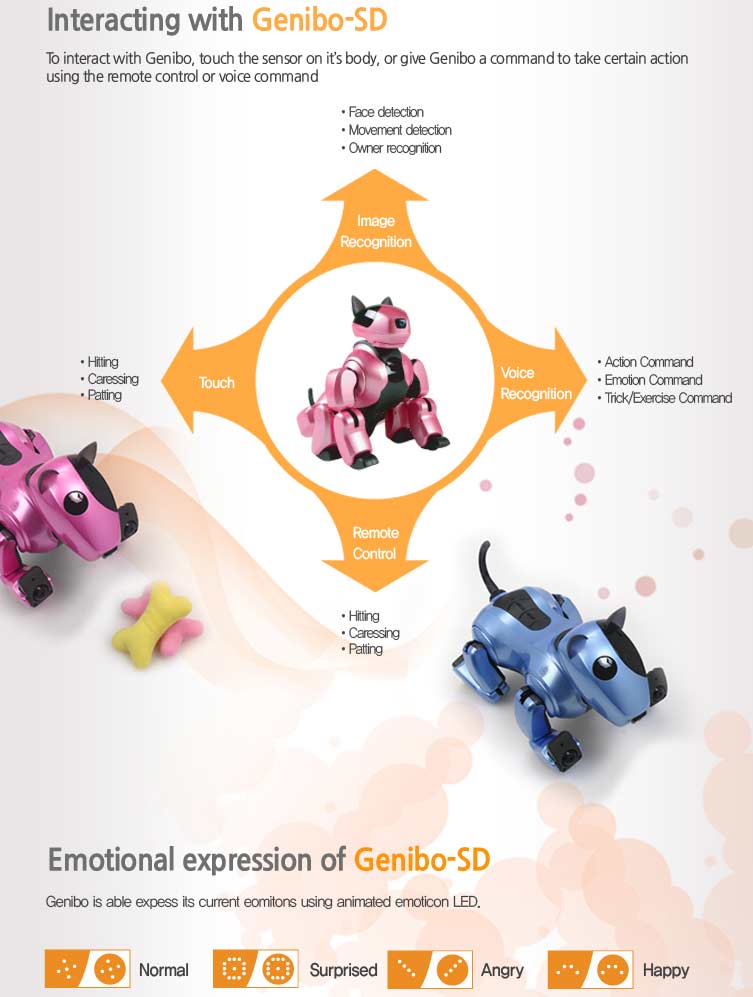 1. Turn the slide switch on the Genibo chest to the right.
2. Turn on the robot by pressing on the power button located below the tail until the pink LEDs turn on.
3. When the Genibo\’s eyes change into round shaped eyes, the robot goes into the automatic mode, acting freely and expressing emotions.
4. The robot acts happily, makes sounds and expresses emotion icons of the eyes when its back is patted.
5. The robot growls when its sides are touched and move the body to avoid being touched when its sides are touched for a long time.
6. Voice command recognition method:
– Touch the robot\’s head twice
– Wait until the eyes\’ emotion icon changes into laughter
– Clearly pronounce the command when the emotion icon changes into laughter (Voice command may not be recognized when the surrounding environment is noisy or when the touch on the head is not recognized)
7. When the blue colored emotion icon of the battery shape is visible in the eyes (when the robot groans), it is time to recharge the robot by connecting the charger with the terminal in the stomach. 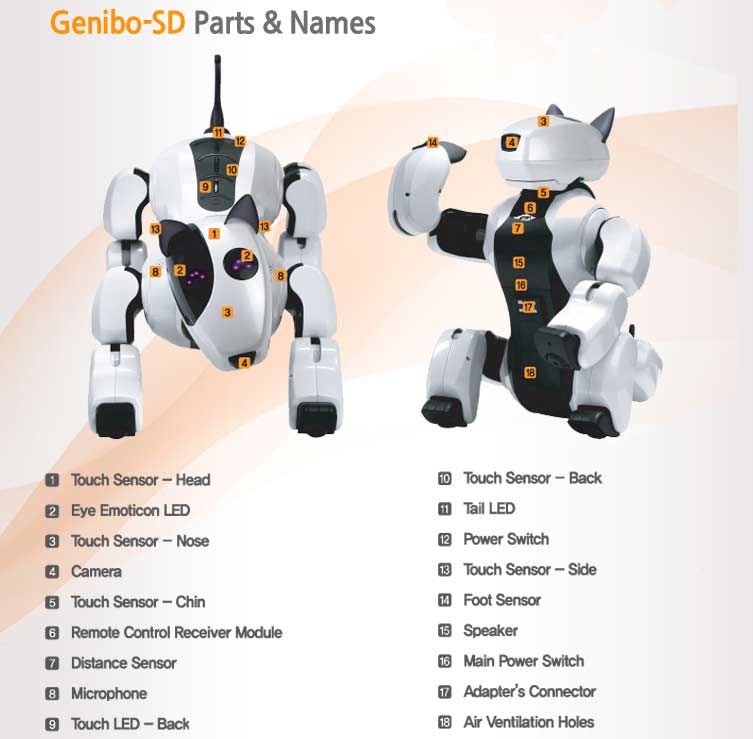